Coolbinia's Be You success story

Coolbinia Primary School's Mental Health and Wellbeing Coordinator, Cathy Smith, searched for an initiative to allow staff to take ownership of their wellbeing programs. She found and began to implement the Be You framework.

It’s a 10-minute drive from the Perth CBD, but has a charm normally reserved for small town communities. Coolbinia Primary School is tucked away on Bradford Street.

It’s quiet, there are trees all around and even though it’s tipping 28 degrees, it couldn’t be greener.

Parents greet each other warmly during morning drop off. Children look genuinely happy to be at school. So do the educators.

This type of culture isn’t manufactured. You can’t turn it on, or off. It takes time and investment from people.

Coolbinia is no exception. In fact, it wasn’t so long ago that the school was in a transitional period, with a number of staff members moving and others taking on leadership positions for the first time.

It was around this period in late 2018 that Coolbinia’s Mental Health and Wellbeing Coordinator, Cathy Smith searched for an initiative to allow staff to take ownership of wellbeing programs with the idea of heading in one clear direction. She found and began to implement the Be You framework. 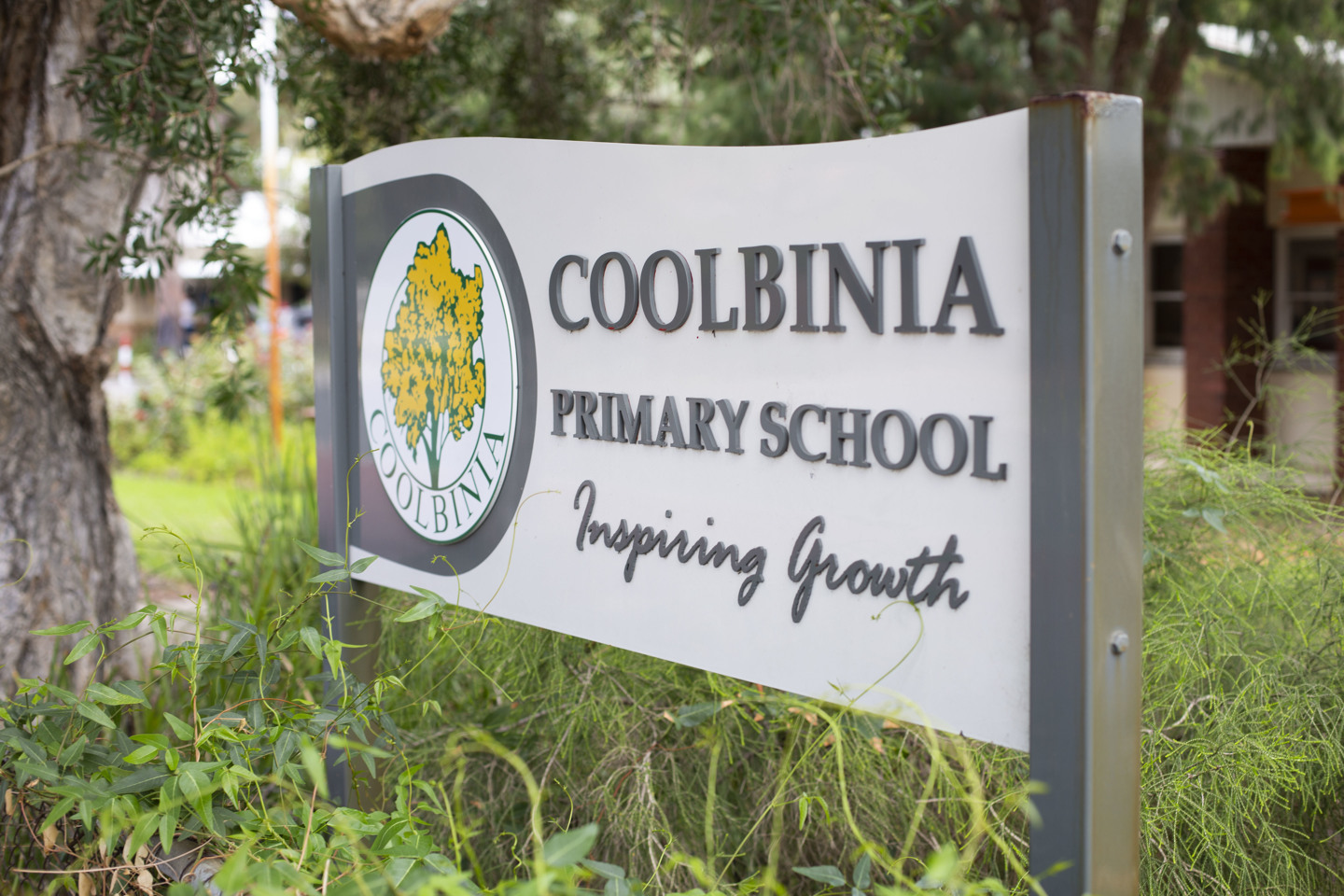 You can’t pour from an empty cup

Cathy was eager to hit the ground running but recognised that in order to implement tangible change, she needed to gauge how her colleagues were feeling.

“There’d already been good programs going around the school to address some of the children’s needs but we’d had quite a big change in our leadership team,” says Cathy.

“So we did some surveys and the results led us to have a big focus on staff wellbeing.”

It was never going to be a quick fix, but with a clear objective in mind, Cathy was able to build momentum by making contact with Ariane Thirion, Coolbinia’s Be You Consultant.

When I discovered Be You, I was very excited about the initiative and found out you got help and support from a  Be You Consultant, so I got in touch and was very lucky to get Ariane

“My next step was to form an Action Team, which is what you do as part of the initiative so you’re not going on the journey by yourself. It shouldn’t be like that – it’s a team effort.” 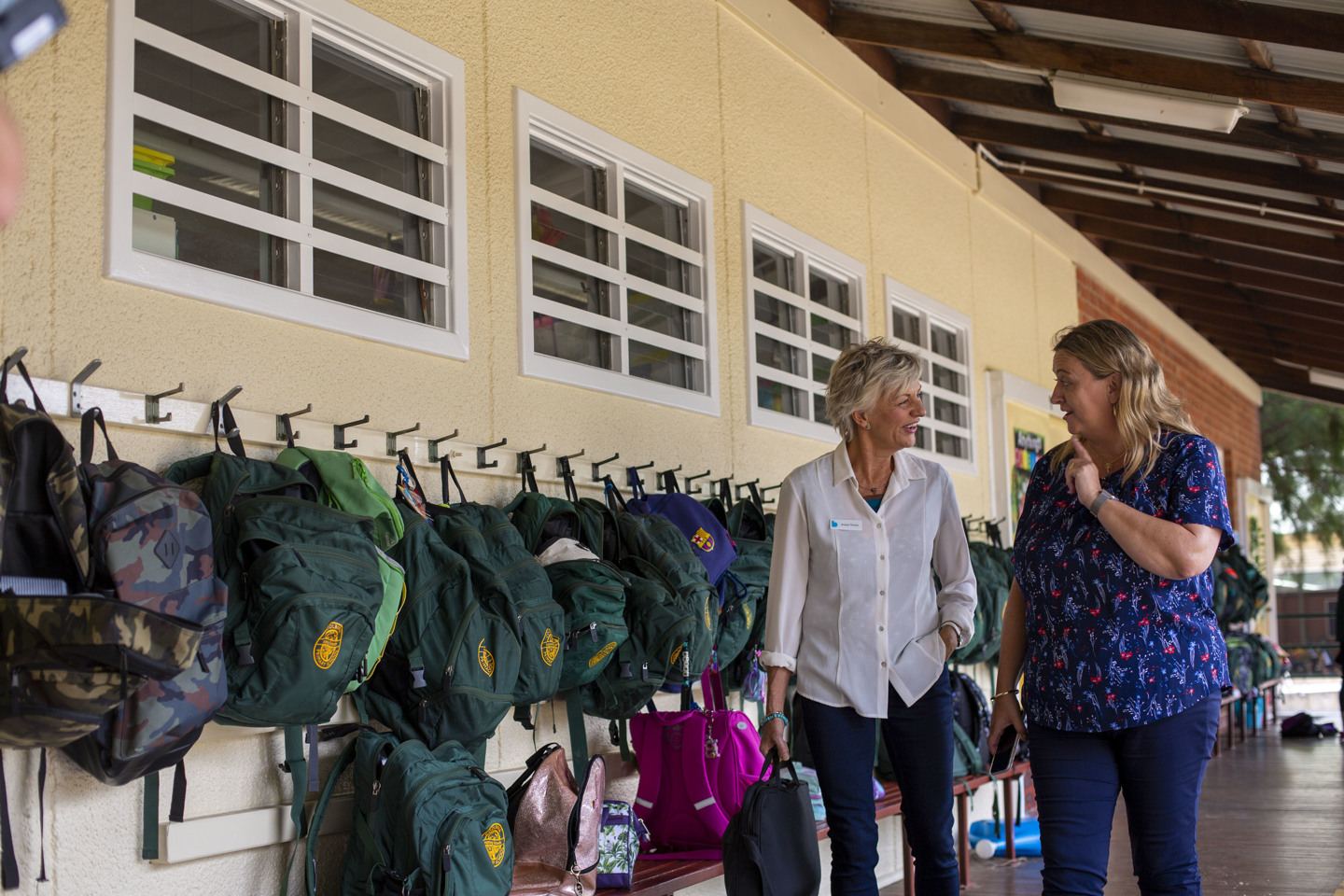 Be You Consultant Ariane Thirion and Cathy Smith

This promoted greater understanding of wellbeing, a shared common language and the ability to form relationships in the community.

“We decided that staff wellbeing was really important,” continues Cathy.

“You can’t pour from an empty cup.”

This was a sentiment echoed by Ariane.

"Be You is making sure not only the children are getting good attention, but also the educators," she said.

“You can’t teach what you don’t have yourself.”

Ariane also highlighted that the transition into adapting Be You was a smooth one.

With Cathy, I had a connection straight away. I was able to guide and help Cathy identify the implementation tools by browsing the Be You website together

Ariane Thirion Be You Consultant

It was important to Cathy that the staff wellbeing feedback be converted into something tangible.

This included organising a sweepstake for The Bachelor, arranging a coffee van for Teacher Appreciation Day and a Be You Action Team organised ‘Be You Breakfast’.

It was these types of initiatives that became the launchpad for Be You at Coolbinia.

Despite pouring her heart and soul into the implementation process, Cathy couldn’t do it alone. She filled her Action Team with people that not only cared deeply about the framework, but who had a broad set of skills.

Associate Principal Debra Holland, who is part of the Action Team, has witnessed a significant boost in staff morale since the implementation of Be You.

“Before we started, there wasn’t a huge emphasis on wellbeing. We were kind of stuck,” she says.

“There was a real need for it at Coolbinia. We started looking at non-academic outcomes, which are so important, and since we’ve had a shift in that direction, the academic side has risen.”

The Be You framework has been brilliant, we can't believe the difference it has made

Alongside Deb are classroom teachers Rebekah Melville, who championed the Friendology initiative (which can be found in the Be You Programs Directory) and Ros Gaston, who uses various wellbeing initiatives including the Zones of Regulation and Calm meditations.

Special Needs Educator Carolina (Lina) Redstall is the brains behind PUPS (Pop Up and Play) while Cross Curriculum Coordinator Dr Elaine Lewis focuses on sustainability and the environment in her Roots and Shoots program.

The Action Team was rounded out by Luke Erceg, Erica Graca, Fiona Gundlach and Marina Campbell.

Support from school leadership is key when it comes to implementing Be You and none of this could have been possible without support from Principal Paul Westcott. 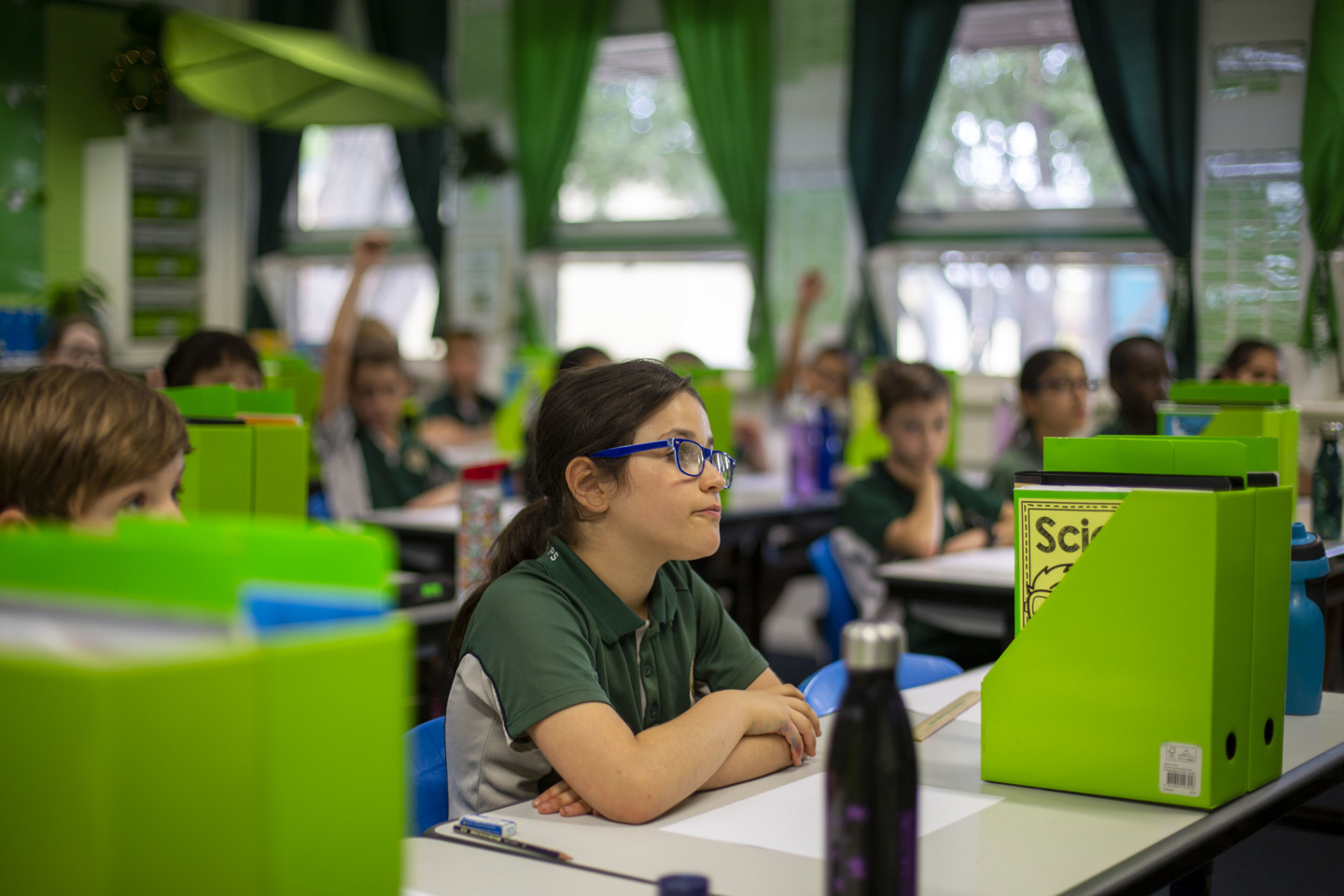 “Cathy put her hand up to adopt Be You and run the Action Team, which helped give us a nice base to start from. She brought a want and a desire, and it has worked well,” he says.

“I think there has been a shift in morale. Be You allows our staff and students to be themselves.”


Putting it into practice

Having addressed staff wellbeing in the early days of the implementation, it was time to focus on the students. Year Five Educator Rebekah Melville had already been using the Friendology program with students and brought it to the attention of the Action Team.

This dovetailed nicely with the Be You approach, as it is listed in the Programs Directory.

“There was a real need at Coolbinia. Children were having a lot of trouble managing their friendships and their relationships, and it was impacting on their resilience and their ability to feel confident in themselves,” says Rebekah.

“Really, Friendology is a program that gives them back that power over their relationships and teaches them the key skills about how to navigate those.”

At a basic level, Friendology teaches children the key skills of relationships and how to navigate conflict with their peers.

Disagreements are referred to as ‘friendship fires’, with students taught strategies on how to ‘put them out’. Children act as ambassadors, which involves wearing wristbands to identify themselves to other students as someone they can go and speak to during recess if they’re finding it tough to make friends.

Rebekah is optimistic about the program moving forward.

“I really hope that in the future children feel they have the confidence to be empowered, and to appreciate how pivotal relationships are to future growth, and to sustain those relationships," she added. 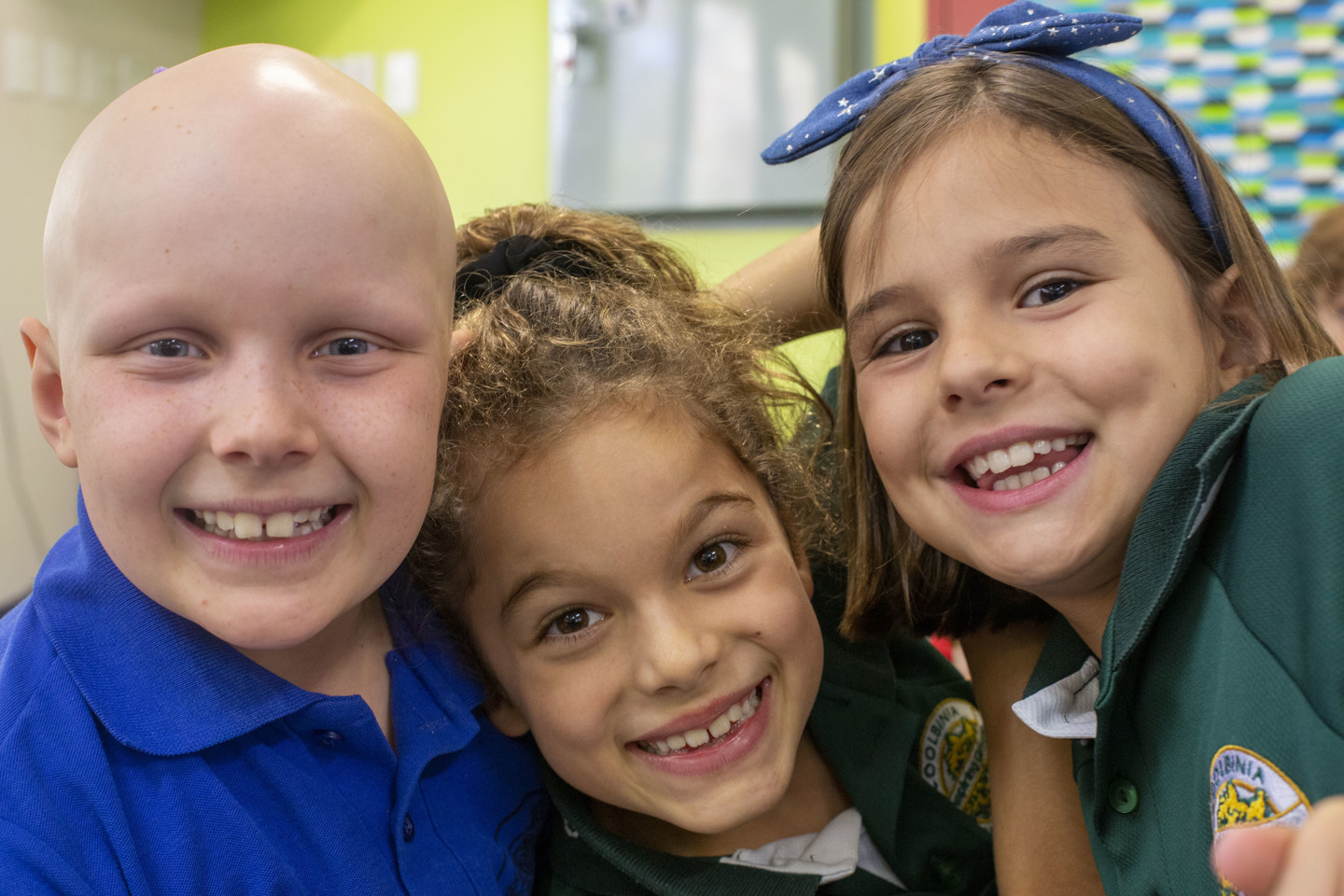 The Friendology program has been a huge success at the school

One student who has benefited from being involved in the Friendology program is Carlos Redstall. However, this isn’t his only connection with Be You – Carlos is also the son of Action Team member Lina.

She has noticed tangible change on multiple fronts.

Before Friendology and Be You, Carlos wouldn't talk about his emotions. But since then, he has been able to share them with me - one of the best things about Be You is that it has given us a common language

“Because I’m an educator and a parent, I’ve seen a change in the kids, and it has helped my son, in particular it has helped guide him through some tricky situations.”

Lina is passionate, even emotional, when discussing the impact Be You and Cathy have had on the Coolbinia community.

“We needed something like this. I’m grateful for Cathy – she has been a gift to us all,” says Lina.

“If I had to give any advice, it’s that Be You can help. Get on the website. Share it. Give it a go.” 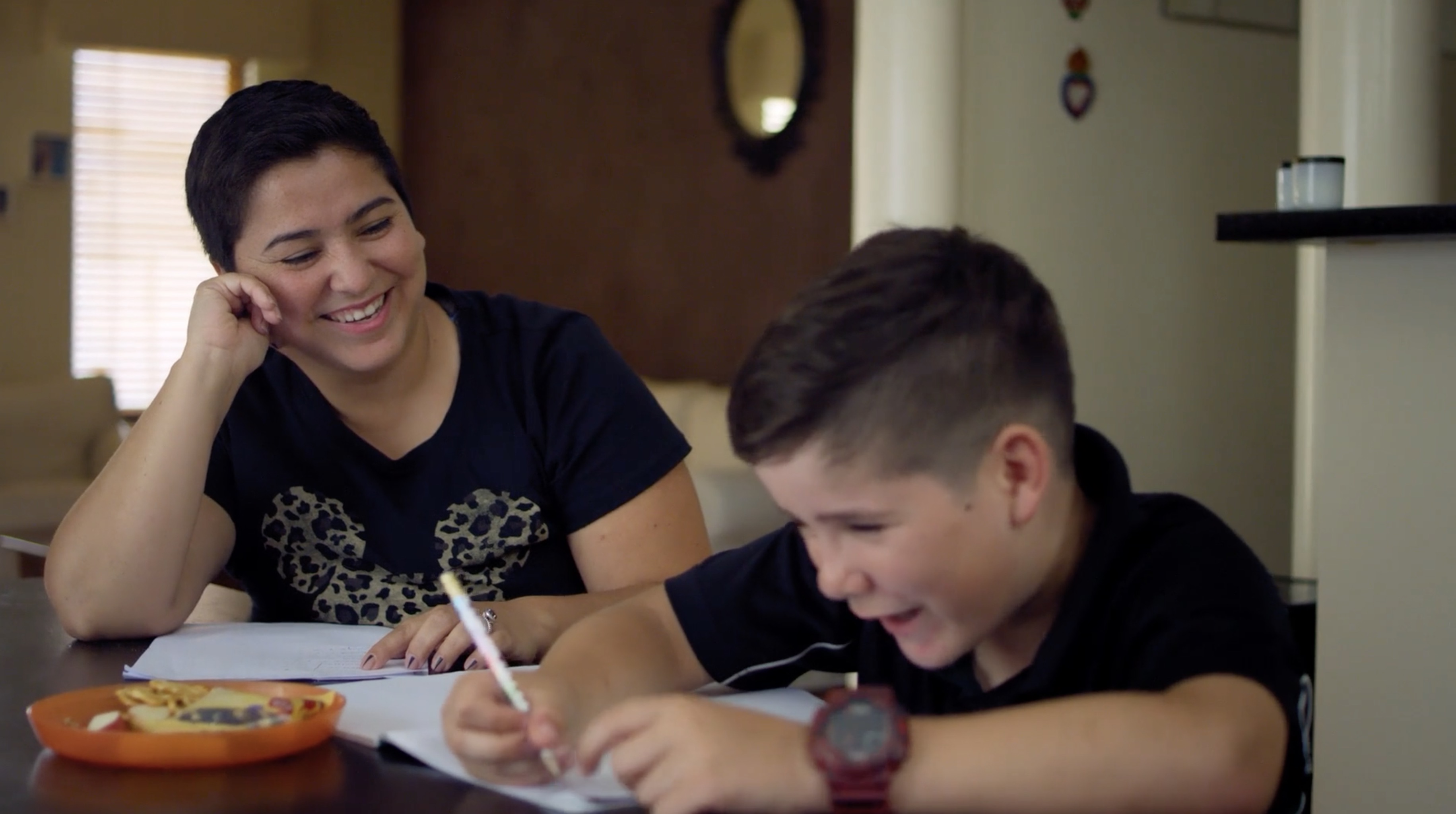